Alongside his activities as a soloist, he is the solo clarinet player with the Winterthur MusikKollegium (Switzerland), since 2016, and is regularly joining the London Symphony Orchestra, as Principal Clarinet, under Simon Rattle, and is also teaching at the Minho University, in Portugal.

As an orchestral player, Pires has had, since very young age, a very active activity, being accepted at the age of 18 in 3 of the most important young orchestras in the world, the European Union Youth Orchestra,

The young clarinetist, born in 1995, started his musical studies at the age of 8. In 2007 he went to the „Academia de Música Valentim Moreira de Sá“, in Guimarães, where he studied until 2013 with Vitor Matos.
After that, Pires moved to Basel, where he studied with François Benda at the „Hochschule für Musik der Stadt Basel“, finishing his Master „Performance-Solist“ with the highest distinction (6 point out of 6) in 2018.

Since 2016, he is a Henry Selmer Artist (Playing a Set of “Recital” Clarinets) and Silverstein Works Artist (Playing on Cryo 4 Ligature). Sérgio Pires is a scholar of the Mozartgesellschaft Dortmund (Germany). 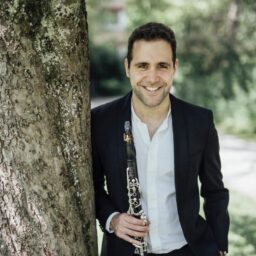