Israeli-born pianist Noam Greenberg studied at the Rubin Academy in Tel Aviv and at Yale University, before moving to London to study with Maria Curcio. His life was changed by his visit to the International Musicians’ Seminar Prussia Cove in 2001 for Master Classes with Ferenc Rados and Andras Schiff. Many lessons with Ferenc Rados followed in Budapest, and regular visits to the Open Chamber Music Seminars, again at IMS Prussia Cove.

Noam now enjoys a busy concert schedule as soloist, recitalist and chamber musician in both the traditional repertoire and new music, and has appeared on many European stages including the Wigmore Hall in London, the Vienna Konzerthaus and Musikverein, the Berlin Konzerthaus, Parco della Musica Roma, Concertgebouw Amsterdam and the Auditorio Nacional Madrid.

An avid performer of contemporary music, Noam has given many Israeli premieres including Ligeti’s Piano Concerto, in a performance broadcast live by the European Broadcasting Union. He has participated in the festivals of Lucerne, Aldeburgh, Banff, Norfolk, Lapland, Orlando, Schleswig-Holstein, Stage-Barcelona, and IMS Prussia Cove. He teaches annually at Burg Fesitritz in Austria, and has also given masterclass courses at the Britten Pears School in Aldeburgh, the Royal Northern College of Music, and the Hochschule fur Musik in Detmold. He is artistic director of the Music at Tresanton festival, which he founded in 2006. 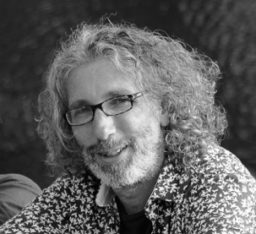