Steven Dann’s career has covered a wealth of violistic possibilities. As principal viola of some of the world’s leading orchestras, as a veteran of the string quartet and chamber music world, as soloist and recitalist and as a dedicated teacher.

Mr. Dann was born in Vancouver, Canada. His foremost teacher and mentor was the late Lorand Fenyves. Other influences include William Primrose, Robert Pikler, Bruno Giuranna and five summers spent studying the string quartet repertoire with Zoltan Szekely and members of the Hungarian String Quartet.

Since 1990 Mr. Dann has been a member of the Smithsonian Chamber Players in Washington D.C. and was a founding member of the Axelrod String Quartet. He is currently violist of both the Zebra Trio (with violinist Ernst Kovacic and cellist Anssi Karttunen) and Toronto’s twice Grammy-nominated ARC Ensemble.

Mr. Dann has recorded for Sony, Naxos, CBC Records, Marquis Classics, Centrediscs, RCA Red Seal, Ondine, Kairos, Chandos and ATMA Classique. The Stereo Record Review described his 2006 recording of the viola works of Brahms (ATMA CLASSIQUE) as “without doubt, one of the most beautiful viola recordings I have ever heard”. A second CD for ATMA of French repertoire was released in March of 2013.

As both a performer and teacher, Mr. Dann is a regular guest at many international festivals and arts schools. He teaches viola and chamber music at the Glenn Gould School in Toronto’s Royal Conservatory of Music and is the Coordinator of the chamber music program at the Domaine Forget in Quebec. Beginning in September of 2015 he will teach viola at McGill University as the Catherine Thornhill Steele Chair in Viola.

Mr. Dann plays a viola of Joseph Gagliano, circa 1780. 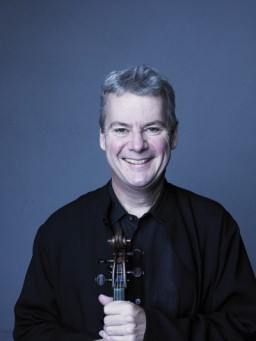