Her love of chamber music is fulfilled through her work as a member of Ensemble 360, and regular festival performances across Europe.

Ruth is a laureate of numerous prizes. As a member of the Finzi Quartet she was a Prize Winner of the 2010 Royal Over Seas League Competition and the 5th Trondheim International String Quartet Competition in Norway. In 2015 she won a Park Lane Group Award, for her solo playing, performing viola works of Pendercki at the Purcell Room in London.

Alongside Ensemble 360, she plays regularly with the Scottish Ensemble and Nash Ensemble, and performances in 2014 included performances at Wigmore Hall, Cadogan Hall and the Philharmonie in Berlin. She has toured China, South America, Russia, Finland and Mexico as Principal Viola with Camerata Ireland, and is a regular guest as Principal Viola with Manchester Camerata, Aurora Orchestra and City of London Sinfonia.

As a soloist, Ruth has performed under Sir John Elliott Gardiner with the Bournemouth Symphony Orchestra and has broadcasted for BBC4. 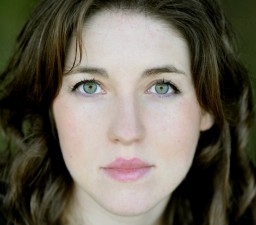