He graduated from the Purcell School, London with the Guivier String Prize; then as the Jennifer and Robert Diamond Scholar at the Royal College of Music where he was awarded the Lionel Tertis and Cecil Aronowitz Prizes for Viola.

After studying in Toronto with Steven Dann, his most affecting musical influence, Francis remained in Canada for two seasons as Acting Principal Violist of the Canadian Opera Company. In the UK, Francis is a frequent performer with the Orchestra of the Royal Opera House and he has led the viola sections of the BBC National Orchestra of Wales, the Royal Liverpool Philharmonic Orchestra, the Bournemouth Symphony Orchestra, the RTE Symphony Orchestra, Ireland, and the Royal Philharmonic Concert Orchestra. Francis also performs regularly with the UK’s pre-eminent chamber orchestras, including: Britten Sinfonia, Aurora Orchestra and the London Mozart Players. Since 2018, Francis has been one of the Principal Violists of O/Modernt, a vibrant young chamber ensemble under the direction of Hugo Ticciati.

Francis is Co-Director of the Saronic Chamber Music Festival, an annual chamber music festival in Greece, where he has helped to develop a culture dedicated to deep exploration of the repertory in ensembles based as much in profound friendship as in committed artistry. Here, and at other chamber music festivals across Europe – Zodiac Music Festival and Academy, France; Whittington International Music Festival, UK, Fejøs Festival, Denmark, and the O/Modernt Festival, Stockholm – Francis has collaborated with some of the finest musicians of his generation. He studied chamber music with Levon Chilingirian OBE, and David Takeno in London, and with Mikhail Kopelman, formerly of the Borodin Quartet, in Spain. He has performed chamber music in many of Europe’s most prestigious venues, including at the Musikverein in Vienna, and at the Wigmore Hall in London. Francis is a faculty member at Zodiac Music Festival and Academy, France, and is a passionate educator.

In 2007, Francis premièred ‘Elegie’ – a work for viola and string orchestra by the late, great Australian composer, Peter Sculthorpe – at the International Viola Congress held that year in Adelaide, Australia. 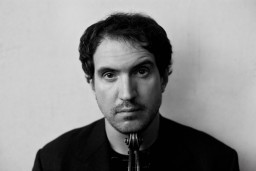